A DAY IN THE DIRT 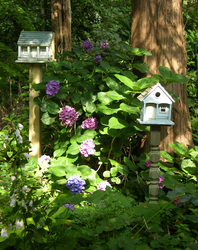 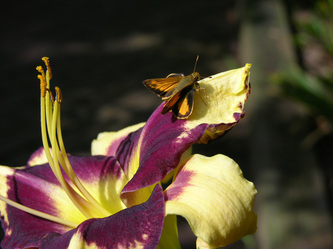 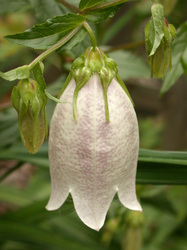 Sometimes life gets just too overwhelming to get all that you want done.  Having a helper is energizing when you have to tackle a job that seems daunting. Baring that, you just have to be extremely self-motivated! I must admit that I have a lot of trouble getting started.  First, I have to check the weather- if I try to catch it on TV, I usually have to listen to it at least twice because I get distracted.  Then, I decide to have breakfast  and have to figure out what to eat that has some form of protein. Of course while I eat, I turn on HGTV and procrastinate for as long as there’s anything good to watch.  Gee wiz, I have to get outside!

I go upstairs and select an outfit from my dresser full of old clothes saved for a day in the dirt.  Now, it’s time to gather my gear. Where did I leave my flip-flops? Oh, they’re in the shower stall- leaning up against the window screen after a good washing in the shower with me last night.  Then, I grab my bucket of goodies including my gloves, pruning shears, knife, pens, labels, plastic bags for poison ivy removal, etc. Once I’ve found and emptied my garden cart and rounded up a shovel and rake from wherever they were left in the yard, it’s time to start.

Where to begin? I head out for the bed near the driveway, but decide to prune back the butterfly bush hanging over the walkway first. Wow, look at all the butterflies!  I really should get my camera. But first, I should download whatever photos are on it and format the card before I use the camera again.  Oh, I need to change the battery and charge the old one. I guess I could check my e-mail while the pictures are downloading. While I’m in the house, I’ll throw the wash in the machine. OK, I can go out now. Where was I?  Oh yeah, I’m headed towards the driveway.

I clip back a few more shrubs along the way, and try not to notice the weeds growing up through the bricks of the path. I squeeze the cart between the cars, because I’m just too lazy to take the long way around.  Finally, I start to pull some weeds, but I can’t put the Campanula takesimana in the compost pile, because every little piece of the plant will root and grow like mad.  I’ll need a trash bag. Or, maybe I should go get the herbicide and spray that patch.  That will get rid of it for sure!  Hah!  I’ll put it in a separate pile until I can bag it. Gee, the bugs are getting to me.  I’ll need to put on some bug spray and get a tissue ‘cause I forgot to take my allergy medicine today! Darn, now I need to go back in the house…...

The above would be funny except for the fact that it is a rather true rendition of how a couple of hours in the garden can play out for me! Throw in accidentally letting the cat out, answering a bunch of phone calls, and a million other means of procrastination to the mix.  One would think that I hate to garden!

I’m still trying to find a helper- but not too aggressively, because then I’d have to work!

Begin.  To begin is half the work.
Ausonius